One Heritage’s plans for a landmark residential tower in Greengate have been approved by Salford City Council’s Planning Committee this week.

Plans unveiled for One Heritage Tower and Planning Submitted

One Heritage’s plans for a landmark residential tower in Greengate have taken a step closer today with the scheme being submitted to Salford City Council. 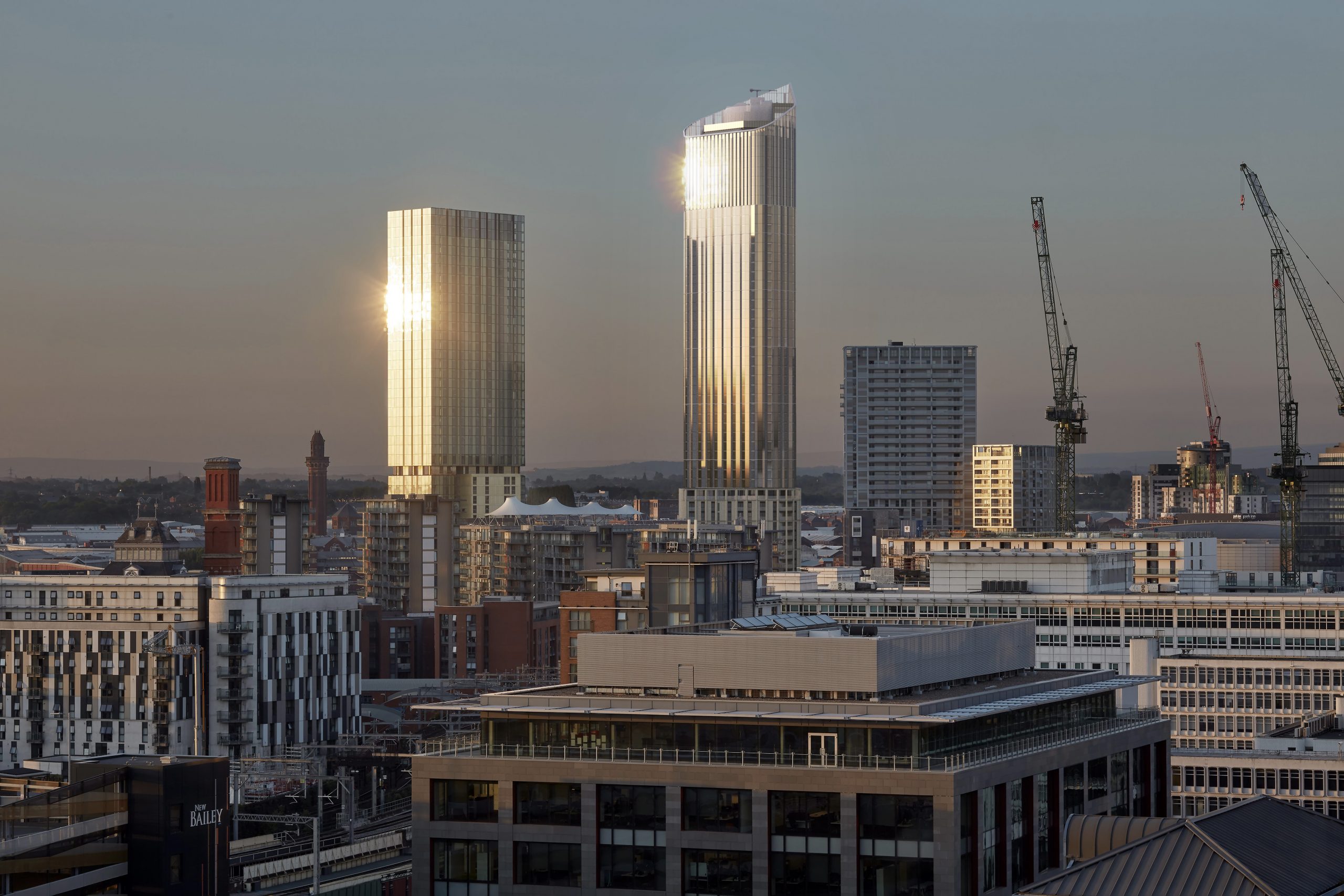 One Heritage’s plans for a landmark residential tower in Greengate have taken a step closer today with the scheme being submitted to Salford City Council.

The exciting 55 storey residential development will be the tallest in Salford and will include one, two and three bedroom apartments, as well as commercial space and major public realm improvements including a scenic river walkway. Plans for the scheme will shortly be available via the council’s planning application portal.

One Heritage Tower will not only regenerate the existing site and deliver much needed housing, but has also been designed to complement Salford City Council’s wider plans for Greengate. The plans would also bring a large number of direct construction jobs during the development phase and further jobs when the scheme is finished.

Earlier this month, One Heritage held a public consultation on their plans at Arlington House on Bloom Street, where attendees could view the proposals and ask questions of the project team including representatives from One Heritage, Euan Kellie Property Solutions, OMI Architects, Layer Landscape Architecture and Social Communications. The vast majority of attendees welcoming the proposals and in particular there was strong support for the iconic design and public realm improvements.

“We are delighted that our landmark regeneration proposals have now been submitted to Salford City Council, the project team have created a truly unique building which will be a welcome addition to the skyline.
“I would like to thank residents who attended our recent consultation event and it was great to see the strong levels of support for our project and the benefits that it will bring to Greengate and the wider area. We are already in talks with a lead contractor to deliver the project and we hope following a successful determination, we can commence construction in late 2020.”

“It’s fantastic to see plans for One Heritage Tower take a step forward today with this planning application and that local residents are supportive of the iconic design we have developed for the scheme. We have worked closely with Salford City Council to create a building that not only ties in with Salford’s aspirations for the area but will make a significant contribution to the skyline of this emerging quarter of the city.”